I have a friend who insists that any kind of lettuce that is not iceberg causes her to gag and wretch so she completely avoids them. I’m not an expert in lettuce, but I suspect her reaction is not inherent in the type of lettuce and is, in fact, a purely personal response. We have to allow for this, even if the subject is literature.

Over on another web log (http://101books.net/) there is a discussion of the prurient nature of Nabokov’s Lolita and many people have commented that they cannot or will not read the book because of the subject. Now without getting into a discussion of the value of exploring all types of human sexuality or the literary merits of the novel or just how prurient the novel actually is, I want to take a detour and offer up another nice little book for discussion:  Theatre of Incest by Alain Arias-Misson.

This short novel is divided into three sections: the first concerns a boy who has an open and quite explicit love life with his mother who is many years his senior but still hot; the second deals with the now grown man who enjoys a wild and again quite explicit sex life with his teenage daughter. In the first part, it is the boy who grows out of the infatuation with his mother and seeks sexual gratification elsewhere, but in the second part it is the daughter that grows up rapidly and loses interest in her father when there are so many other hunky men around. Then in the third part, the man’s sister, who is just nine months younger and a close representation of the man himself, albeit female, returns and the two immediately engage in wild fantasy sex, quite explicit and raunchy. Most interestingly, the sister takes on many roles in their love-making.

But from the beginning we know that the title of this novel is Theatre of Incest. Isn’t the word “theatre” a giant red flag? Then notice that the book is divided into three acts and, like so many plays, only the significant personages are present in each scene. Where is the father in Act One? Where is the wife in Act Two? Are they left out of the narrative to allow the author to concentrate on the naughty bits or structurally, are they unnecessary? Are we reading a dirty novel or could this all be metaphoric?

There is more and more discussion of maleness being absorbed by femaleness and the idea of a woman begins to congeal in the character of the sister. But the sister is playing roles and the relationship between the two characters is clearly artificial, as in a play. She is considered the mother, the daughter and the sister in one person. If you look at the chapter titles you can also see a progression of (sexual) knowledge, from windows to doors and finally to roles.

Could it be that behind a seemingly pornographic novel there is a highly metaphoric treatment of the complexities of a relationship between just one man and one woman? There is no mother; no daughter; no sister … just a man and a woman and the exposure of all the aspects of such a sexual relationship.

2 thoughts on “Theatre of Incest” 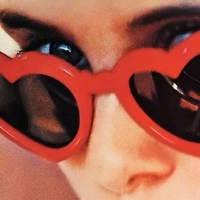