Growing up our local public library was simple:  to the left was where I was allowed to go and find a book or two; to the right was a forbidden place that only adult-types were allowed to go. Does that mean that everything on the left was juvenile? It was probably something like that. The only thing I remember is that the books were alphabetical by author. My mother was a member of Librariholics Anonymous and was often caught with far more books than an average adult could read in a month, and she was just replenishing her supply from the day before. I don’t want to say that my mother read only good books, like the classics, because I know she read all the mysteries in the library and moved on to those gigantic romance novels which we now associated with a bare-chested Fabio. Still, I was always amazed in a conversation when it became obvious my mother had actually read the big ones—Faulkner, Steinbeck, even Tolstoy.

But I was just a librariholic in training so I had to limit myself to five or seven books ranging from The True Story of the Plains Indians to Hans Brinker or the Silver Skates. There are a couple of juvenile books that I still hide out in a fold of my brain that protects ancient gray cells. I mentioned The True Story of the Plains Indians. I read this in 3rd or 4th grade and was very impressed by the Indian culture (they hadn’t invented Native-Americans yet). The one thing I remember about that book was how to pronounce Sioux; I was mightily embarrassed when the teacher corrected my juvenile pronunciation but I was only about ten and no one ever told me the X was silent.

I also remember reading three volumes of the Moffitt series by Eleanor Estes in 4th and 5th grade. I started with Rufus M, went back to The Moffats and finished up with The Middle Moffat (I never read the The Moffats’s Family Museum). These were probably the first literary characters that seemed alive to me but what I remember best is the background of living during the war (WWI) and all those fun things like rationing, oleo, collecting tin-foil, and trolleys. I had an Aunt Peggy who passed easily as a squaw on the reservation. For a while she and her husband even lived in the basement of the church on Fort Lowell (Boots & Saddles). Peggy was fabulous playing with kids and her stories were very similar to the episodes in the Moffat series. It was sort of blending fiction and real-life. I remember one Sunday afternoon making a fortune selling Bireley’s Tulip Juice to the gullible French people.

But the one juvenile book I remember and revere the most is The Twenty-One Balloons by William Pene du Bois. I first read this in a summer program in grade school; read it on my own a couple of years later; and even read it in my Children’s Literature class as an undergraduate. The first time it was magic; then I began to see the symmetry and the themes; and by the time college rolled around, I discovered it was a famous juvenile novel. Who knew?

I looked online and each of the books I remember with some fondness—the Moffats and Twenty-One Balloons—are still readily available from all the big-box-bookstores. It’s comforting to know.

Over thirty years ago I was a doting father and dedicated to providing my daughter with only the best reading materials. She had her own bookcase full of the classics, well the classics with the big pictures. But night after night she insisted on having me read The Story of Babar over and over and over. Knowing her now, she’ll probably yell at me for not having read Babar to her in the original French. But has she read it in French? Actually, I think she did as part of a babysitting job she had in Paris.

An Immigrant’s Love Letter to the West — Konstantin Kisin 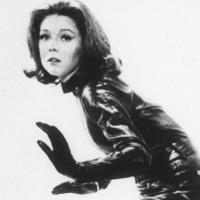 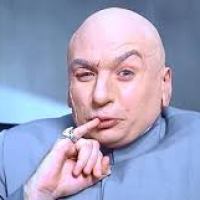