When I was in school in California we all had to take California history. I remember that a new textbook was written but rejected by the State Board because it included many subjects or statements that the Board did not consider acceptable for exposure to young people. Interestingly, this was a college level history and a few years later I was lucky enough to take California history at the UC from the author and naturally we used his text-book.

Why was this book banned? I wish I still had my copy but I do remember some of the topics. The book and the class were organized around key topics from the history of California:  the Gold Rush, the California wine industry, the history of Los Angeles in terms of stolen water, the Japanese internment, the phasing out of existing light-rail and trolley lines to appease the big oil companies that wanted to sell lots of gas, things like that. The less admirable parts of California history weren’t the problem, but why did the Board of Education want to hide the truth from the students? Was it the chapter on Amy Semple McPherson? 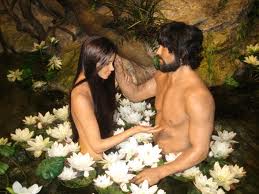 Now let’s travel down to Texas where the Chair of the Textbook Selection Committee on the State Board of Education considers evolution as just being a lot of hooey and complains that there are not enough fundamentalist Christians on the Board.California and Texas are probably the two biggest markets for text books in this country so both states exert some control over what is printed in the books. As I understand it, you can’t have references to fast food in the books you hope to sell to California, and you can’t have references to sex in the books bound for Texas. The poor students in California will not learn how to order a Happy Meal at McDonald’s but in Texas they are bamboozled when it comes to sex. Incidentally, Texas has the most robust abstinence program and the highest incidence of teen pregnancy in the country:  abstinence programs in lieu of sex education seems to be, well, stupid.

I was also reading some figures on creationism and the proportion of creationists to intelligent people who think for themselves is about the same now as it was fifty years ago. What surprised me was that those people graduating from college show similar percentages. I know for me that as I gained more knowledge I realized that the historical myths like the Easter Bunny, Santa Claus, and God, were so much hooey. Yet not everyone going to college has the same revelations. I wonder if they included such centers of free-thought as Liberty University and Bob Jones University?

I read an interesting statement that answers this anomaly:  education can cure ignorance but it cannot do anything with stupidity.