On Friday an executive of the NRA held a press conference which, for many, suggested that either the NRA was loonier than we could even imagine or that it was ridiculous that our government has been run in fear of these weak-assed whores for the gun industry who masquerade as standing up for our right to hunt and plink Necco wafers off a strip of plate molding.

Nation of Change printed a good review of Wayne LaPierre’s embarrassing press conference by simply pointing out a few of the good lines (as if they might go viral?).

If this country is so inherently violent, it seems to me that the last thing we want to do is allow open access to weapons that kill people. So to help Wayne LaPierre sleep better at night we should pass laws that would greatly restrict access to guns. Forty, fifty years down the line if we discover that the murder rate in the United States didn’t go down when guns were restricted, then we can reconsider. 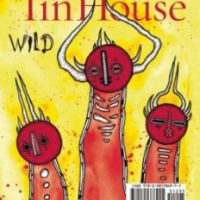