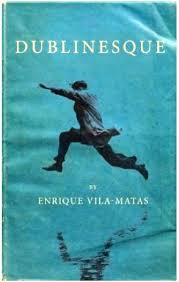 In the vernacular of the age, Dublinesque by Enrique Vila-Matas is a bit of a hot-mess. At times it is great and at times it flounders. I suppose one might take the analogy of a day meandering around Dublin to excuse some of the meandering in Dublinesque, but I think the author could have tightened things up a bit.

Dublinesque revolves around the changeover from the “Gutenberg Galaxy” to the digital age in publishing and uses James Joyce’s Ulysses as the last truly great novel of the ink and paper variety and symbolically focuses on the celebration of Bloomsday in Dublin for its “center.” The plot follows the downward spiral of a literary publisher, whose battles with alcohol and hikikomori glued to his computer screen experiencing life filtered through Google. The destruction of this publisher is, if you will, the objective correlative of the passing of the age of Gutenberg.

Vila-Matas plays with the text of Dublinesque, often mimicking the form of the Ulysses schema Joyce provided to Stuart Gilbert and later dismissed, replicating scenes from Ulysses and other works, sprinkling the text with allusions to Joyce and Beckett, and, as in other novels by the author, folding events and characters from real-life into the fiction. The text often refers to being at the center but I’m not sure what the center of this novel actually was. I came away from reading with two very distinct impressions: the age of Gutenberg is in fact over and I should be reading much more Samuel Beckett.

Here’s a part of a very interesting review from Alberto Manguel from The Guardian:

There is a kind of literary fiction that feeds on itself, like an introverted cannibal. Instead of accepting Coleridge’s dictum that a reader must voluntarily suspend disbelief, the novels of this genre proclaim that literature is an artifice, ask the reader for an opinion of the story, put on the airs of a critical or historical essay, and bring on to the page real people who are made to perform the roles normally left to fictional characters. The French excel at this, perhaps because Denis Diderot is the grandfather of the genre, but worthy followers include such masters as Jorge Luis Borges, WG Sebald and the Spanish writer Enrique Vila-Matas. In this self-reflective area of fiction, Vila-Matas has a province of his own. I have some 15 books of his on my shelves, and each one chomps off another piece of the fictional beast: Bartleby & Co concerns itself with writers who prefer not to write; Explorers of the Abyss with titles that don’t require books; Montano with readers who require nothing but their books and are possessed by what they read. We are now down to the last shreds of literature and can wonder, once the last bone has been gnawed, what Vila-Matas will write about.

Fortunately, the days of famine are not yet here, and from his latest raid into the literary jungle Vila-Matas has brought home a fine specimen of that most endangered of intellectual species, the literary publisher. In Dublinesque, superbly translated by Rosalind Harvel and Anne McLean, Samuel Riba, a 60-year-old Catalan alcoholic publisher and bibliophile, heeding the apocalyptic voices that trumpet the imminent end of the book in our digital dark age, decides to travel to Dublin with a group of friends and hold there, on Bloomsday, a funeral for the book. Riba has never been to Dublin, but he once dreamt that he was sitting outside a Dublin pub, crying because he had started to drink again. On the strength of that dream, which for him is an omen, he sets off with his companions to the city of Joyce. 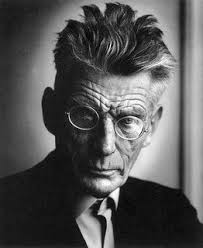 I concur with Manguel’s analysis but still think that Vila-Matas could have done a better job with the novel. Nevertheless, I will look forward to his next novel and will hugely advocate reading Enrique Vila-Matas.

“Well, what do you know. Always someone turns up you never dreamt of.” As Manguel suggested, whatever James Joyce built up, Samuel Beckett tore down. Now Vila-Matas is deconstructing the world of literature with each novel he writes. What fun!