It has taken me over sixty years but I finally read my first Ian Fleming treatment of that well-known fictional character, James Bond. Although I have seen most if not all of the movies on television, I stopped going to the movie theater to see the latest James Bond back when Sean Connery was still the dashing hero (even if he wore a rug). For the record, I suspect Roger Moore was the greatest influence on my never going to another James Bond movie ever again.

Now there is Daniel Craig, who, I must admit since I only knew of the movies, seemed like a rotten choice for the debonair Scotsman. But I heard that Craig was perhaps the closest portrayal of Bond when compared with Fleming’s vision of the character. Really? This I had to check out and one line from the novel, Casino Royale, had me electronically flipping the pages of Wikipedia in search of the real James Bond. After all, I remember Hoagy Carmichael and when Vesper Lynd confesses

“He is very good-looking. He reminds me rather of Hoagy Carmichael, but there is something cold and ruthless in his …”

I had a strong image of the older Carmichael playing one of his excellent tunes on the piano. But when you see all the photo images on Google, it becomes far more reasonable. It seems that the aspect of being “cold and ruthless” is actually what makes Daniel Craig the most like James Bond (which also explains why a softy like Roger Moore was such a lousy choice). I wonder how George Lazenby fits in here: was he cold and ruthless but just a bad actor?

I saw my first Bond movie a long, long time ago. I was sitting around the house and decided I wanted to go to the movies. In those days I lived in San Diego and each small suburban town around SD had its own local theater. So I started calling my friends to see who wanted to go with me to the movie palace next to the roller rink (outside, concrete, Sidewalk Sundaes at the snack bar). It’s over fifty years now and I still could kick myself for what I said to my friend Andy. I made call after call and no one could go with me to the movies. I really was randomly thinking of friends to ask and when I called Andy, like an idiot, I told him that I had called everyone and no one wanted to go to the movies, would he like to go? I know that I might have called Andy first (although his last name started with a “Y” so flipping through my phonebook suggested different) and my social gaff was really just stupidity, but I regret it to this day. Even now I wonder how I made Andy feel but all the clues suggest he didn’t even notice what I said.

But I want to apologize anyway. I was a jerk.

Andy probably didn’t even notice because the movie playing was Dr. No and he had read all of the James Bond novels in the Reader’s Digest condensed publications. As we said back then, Andy was stoked and Dr. No didn’t disappoint. Later on Andy would insist that From Russia With Love was the best Bond movie and closest to the original book.

The Bond movies are shown so often on television that every little reference from the films is pretty much common knowledge. But when I watched Dr. No on television several years ago I was reminded that the hot car selected for the Bond movie was a 1957 Chevrolet: fact was, this wasn’t a very old car when the film was made, certainly not of legendary status as yet. Oh, and the first Felix Leiter was played by Jack Lord of Hawaii 5-O fame. By the way, Fleming chose the name “James Bond” because he wanted it to be a dull, uninteresting name for a dull, uninteresting man. How ironic that the simple “Bond, James Bond” has come to inspire the spirit of mayhem, adventure, and sex.

When I was in High School I met the first love of my life: even now I think of her. One summer we went to the Loma Theater (now a Book*Star fitted into the movie theater motif, if not torn down for an apartment complex) and stood in line to see Goldfinger. We left the theater emotionally drained but sexually excited. Goldfinger was the acme of Bond movies and I still feel it hasn’t been surpassed (certainly not by Roger Moore). It was quite a night.

(Of course you realize that I was about 19 then and my girlfriend was gorgeous … what did you expect?)

So as my eyesight fades and my brain starts to mumble, I set out to read Casino Reale, the first and as far as movie adaptations go, possibly the one novel that never was strictly adapted to film (it was done twice but both versions were as much created by the film-maker as by Ian Fleming).

One insight from the book I discovered (after the Hoagy Carmichael comparison) was that James Bond was no spring chicken. I guess it should have been obvious from his seldom elaborated on back story, but others have worked it out that Bond was born in 1910 or 1911. I stopped to consider his age when he discusses the Bentley he purchased in 1933. Now I don’t know what a Bentley cost in 1933 but I don’t suspect it was cheap. Even so, Bond must have been only about 23. Did his career in the British Navy (Commander Bond, remember)  start before the war?

So in 1953 when Casino Royale was published, James Bond would have been in his mid-forties, still young enough to be a spy but maybe not so young so as to be considered a newcomer to the business who needed to be tried out. Knowing how old Bond was, I have to agree with Sean Connery who wanted to play Bond in his last movie without his toupee: a balding James Bond made much more sense than the dashing, dark haired hunk of self-assured machismo they were trying to pass off as a middle-aged espionage agent. In this instance it is obvious that the George Smiley books, by another British spy using the name John Le Carré, were more believable. But I suppose even in MI-6 it’s all fiction.

Another comparison which reading the book uncovered was that James Bond carefully envisions the scene and action before he enters into it, much like is represented quite effectively in the recent Sherlock Holmes movies with Robert Downey, Jr. To think that Ian Fleming introduced this trop long before Guy Richie but the movie folks didn’t act on it until over fifty years later.

I suppose it is incumbent upon me to offer an opinion of the book, Casino Reale. Well, it was an easy, fun read … as my college mentor would say, a satisfactory entertainment.  If you are looking for a quick fiction fix, James Bond will do the trick, but if you are interested in the spy world with far more attention to the characters’ psychology and more realistic events, try a few of the books by John Le Carré.

One thought on “Stardust … Shaken, Not Stirred”

Dancing in the Dark: My Struggle Book 4 — Karl Ove Knausgârd 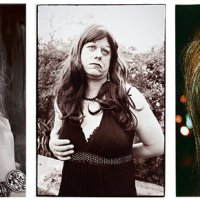