I recently stumbled onto an avid reader who openly stated that she enjoyed “poetic prose.” Is this like “military intelligence”? I unhesitatingly dashed off a snide request for an exact definition of “poetic prose” but to be fair, I knew what she meant and her opinion was reasonable, but her word choice was faulty: what she should have said was that she enjoyed “figurative prose.”

Yes, prose too can use the soaring language of poetry with its asyndeton, metaphor, alliteration, synecdoche, oxymoron, paronomasia, and all those other wonderful things we stuffed our brains with back in college (my favorite still being “zeugma”). Also, it might be better to reference “poetry” as a genre and “verse” as the technique most often associated with poetry: after all, there is that thing called a “prose poem” and we are aware of a few novels written in verse like Eugene Onegin.

Of course I am taking the high ground here; “poetic prose” to some might be lots of flowery phrases with lush descriptions and stirring but unnatural dialogue. Too many authors use this abominable technique to fill out their fiction: it’s dreck whether it’s in verse or prose.

Still, in this post-Ezra Pound era (and his goofy side-kick Ernest Hemingway), figurative prose is a tad out of fashion unless you are reading a blistering romance novel with Fabio on the cover or perhaps a thrilling fantasy quest to save My Little Pony from the evil color maroon. Can you imagine a quasi-pornographic historical romance with swashbuckling and featherbed diving without hyperbole? When I look back on my contemporary reading, I’m lucky if I got the printing in a straight line let alone finding a complete sentence or a clever euphemism to help maintain my intellectual sophistication (but I do like irony and beaucoup de bodily fluids).

Isn’t it about time Mark Z. Danielewski came out with a new novel? If you haven’t read Danielewski, I can assure you that the lines of prose are seldom straight … but often quit good. I wouldn’t put this author too high in my pantheon of literature but he sure is fun to read and his novels are definitely mold-breakers.

The bibliography is short (so far):

A great follow-up to reading Danielewski is to dig out your old copy of Tristram Shandy and read it all again. Then stop and think about the nature of prose, verse, literature, writing, and pages intentionally left blank.

I’m just starting the semi-autobiographical fictional memoir of one of my favorite authors, Raymond Federman … oh, the title is return to manure and it should give me a new lesson in how to duck around the idea of traditional narrative and still tell a good story. 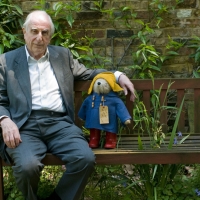