Okay. Stolen from the current edition of The Nation, but This Modern World from Tom Tomorrow is so spot on, any paraphrasing would just obfuscate the message: 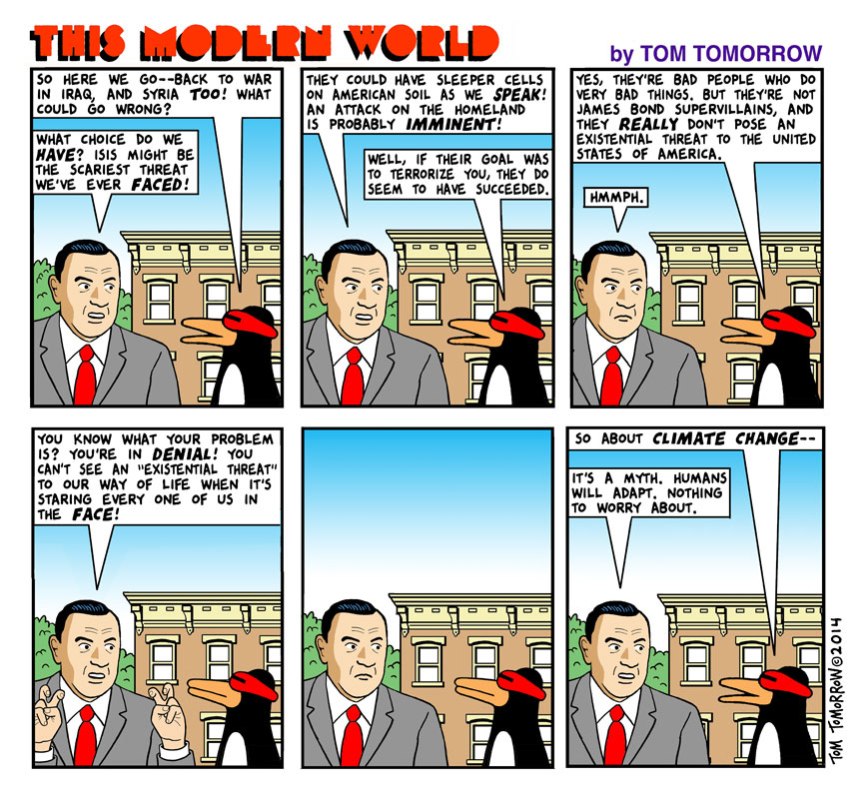 By the way, there is no credible reason for the United States to get involved in the armed conflict with ISIL: we are not in charge of making the world a better place. Furthermore, our involvement historically in situations like this will inevitably result in a worsening of the situation and in making the quality of life in that area even less desirable and, let’s face it, the United States has more than enough problems within its own borders that need to be solved. Not to mention that it’s terribly hard to explain how our government is willingly spending millions and billions of our tax dollars in foreign countries when there are far more pressing demands in our own country. Of course, we do have the two wild cards involved in any direction we take: the fear-mongering Republican Party and the lure of huge oil profits in the area being attacked by ISIL.

How many people will be slaughtered in the name of Greed this time? 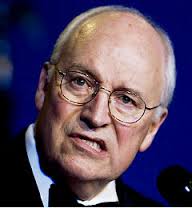 It has been suggested that Dick Cheney should accompany John McCain and Lindsey Graham to talk tough to ISIL, mano a mano and in their face. It might not result in ISIL backing down but it would be such a glorious sight to see the cream of Americanism standing up to the evil terrorists. Think of the films ISIL could produce from such a confrontation.

(Dick Cheney has to be careful of the countries he travels in lest he be arrested as a war criminal.)

One followup observation, and this from Jon Stewart on The Daily Show: Obama apparently doesn’t see ISIL as much of a threat since he continues to refuse to commit ground troops in the area but is sending 3,000 ground troops to Liberia to combat Ebola. ISIL must be feeling far less important now that it’s obvious Obama has his priorities in line. But if there are Americans who want to get tough with ISIL (like Dick Cheney) … let them take personal responsibility and book their flight to Iraq.

“I feel like part of the vanishing breed that thinks a writer should be read and not heard, let alone seen. I think this is because there seems so often today to be a tendency to put the person in the place of his or her work, to turn the creative artist into a performing one, to find what a writer says about writing somehow more valid, or more real, than the writing itself.” — William Gaddis