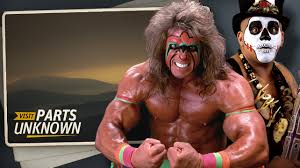 I got a little giggle this morning when I popped up my Netflix connection and recommended under my interest in Space Adventures was Anthony Bourdain’s Parts Unknown.

But what does that have to do with the upcoming celebratory event, The Concert for Valor, exclusively on HBO. Well, one possibility is that they are equally ridiculous. Why would I say that?

First, despite any protestations to the contrary, this concert is a commercial affair that is going to make a lot of money for someone. Yes, the talent coming out for the event is impressive, but then, think of all the glowing publicity they are getting. I know that there are celebrities, just as there are regular people, who sincerely believe and support many issues, but you have to be suspect of a celebrity who thrives on public exposure adding their talents and smiling faces to such an event.

But the second reason I find the event ridiculous is much more nefarious and will probably lose me some friends. Remember what Einstein said?

War seems to me to be a mean, contemptible thing: I would rather be hacked in pieces than take part in such an abominable business. And yet so high, in spite of everything, is my opinion of the human race that I believe this bogey would have disappeared long ago, had the sound sense of the nations not been systematically corrupted by commercial and political interests acting through the schools and the Press.

Actually, he said even more: 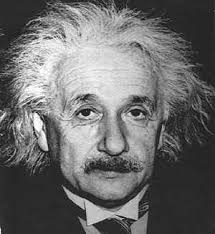 The United States is the most powerful among the technically advanced countries in the world today. Its influence on the shaping of international relations is absolutely incalculable. But America is a large country, and its people have so far not shown much interest in great international problems, among which the problem of disarmament occupies first place today.

This must be changed, if only in America’s own interest. The last war has shown that there are no longer any barriers between the continents and that the destinies of all countries are closely interwoven. The people of this country must realize that they have a great responsibility in the sphere of international politics. The part of passive spectator is unworthy of this country and is bound in the end to lead to disaster all round.

The recent panic in the United States over ebola demonstrates that this country is still unaware of its involvement in international politics and events, unless its something someone else has that we want and then we are Johnny-on-the-Spot with subterfuge, threats, and military aggression. For ebola we actually heard political pundits recommend that America be walled off further, no one be allowed into this country that might be suspect, and that any American who went to Africa to aid the epidemic should be forced to stay there. It’s American Exceptionalism: the United States must be protected at any cost but the rest of the world can burn for all this country cares.

He who joyfully marches to music in rank and file has already earned my contempt. He has been given a large brain by mistake, science for him the spinal cord would fully suffice. This disgrace to civilization should be done away with at once. Heroism at command, senseless brutality, deplorable love-of-country stance, how violently I hate all this, how despicable an ignorable war is; I would rather be torn to shreds than be a part of so base an action! It is my conviction that killing under the cloak of war is nothing but an act of murder.

Albert Einstein was a smart man and let’s face it, he had some familiarity with geopolitical violence and aggression. Historical analysis of almost every war leads to the conclusion that the real reason for war is greed and avarice, usually involving natural resources (like oil). It’s a cliché but most clichés are still true: rich old men get richer by telling young men they are heroes when they are shredded on the battlefield … or is it the oil field? It’s commonly pointed out that the United States is prone to rely on diplomacy for countries that don’t offer America additional riches but attacking other countries to secure the resources American corporations need to continue making huge profits is commonly done on the slimmest of provocations, real or imagined.

Remember, Patriotism is the first ideal that any government, be it Democratic, Fascist, or Communist, locks down to control the people. In this country, the oligarchy has co-opted patriotism and even if we realize we are being treated as slaves, our hearts are pure because we are true patriots.

I wrote a story many years ago (probably after seeing Hell Is For Heroes) about two GIs who were goof-offs and ne’er-do-wells. One day the unit was pinned down by a machine gun nest on a hill with no cover around it. The officer in charge ordered troops to take the hill. Our two heroes hid behind a bush while their compatriots raced up the hill, only to be cut down by machine gun fire. The officer ordered others up the hill and the machine guns ripped them up. The hill was covered with gore when the officer noticed the two hiding in the bushes and ordered them up the hill by threatening them with his own rifle. Surprisingly, the bullets did not rain down on them as they zig-zagged over bodies and parts of bodies to toss several grenades and destroy the machine gun nest.

The two were awarded medals for honor and valor.