This novel, Sunset Park by Paul Auster, has it all: Cuban immigrants in Florida, Broadway actresses in Manhattan, students struggling to write their graduate theses, guilt over a brother’s death, a lonely female artist who exchanges oral favors to get men to pose naked for her, a hint of homosexuality, squatters living in an abandoned house, movies, plays, typewriter repair, “Lolita” love, and a less than idyllic neighborhood known as Sunset Park, Brooklyn.

Although not as complex as an Irving Wallace novel, Auster does do a credible job of developing his themes and characters, tosses in enough background knowledge to cause literary wonks a tingle or two, and generally provides a realistic narrative without too much sordidness or unnecessary cuteness. However, the novel only provides a low-intensity assault on the reader’s comfort level and would probably scores fairly low on the Kafka scale.

Should you read Sunset Park? Two answers. First, it’s an easy read that skims over a depiction of the difficulties of life without upsetting the reader. Second, it’s probably as good or better than the novels most people read and enjoy nowadays (and it is well written). For me it’s one of those books that didn’t hurt to read but if I had skipped it I wouldn’t have been beset by gnawing regret.

I think this is true of most of Auster’s work: it’s good, well written, interesting and even quirky, but it doesn’t slam you around like Beckett or Kafka. I enjoy reading Auster but, for the most part, I probably could have skipped reading him and not lost out on much (although everyone should read The New York Trilogy). Auster does do one thing that I very much appreciate, even though I don’t consider his writings to be strong … he experiments and I find experimentation a lot of fun. Martin Amis also does this and if I don’t stop to deeply analyze the writing, I might represent Auster and Amis as similar writers with an ocean between them. 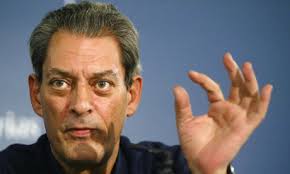 So if you are looking for a read which has an edge but still is fairly safe, try Paul Auster. Here is a partial bibliography taken from Wikipedia: 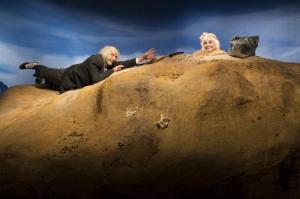 Additionally, Auster was the Series Editor for the four volume Grove Centenary Edition of the Works of Samuel Beckett, one of my prized possessions. Everyone needs to have a little Beckett around the house for those slow, meaningless days. Remember, Beckett wrote a lot more than just Waiting For Godot.