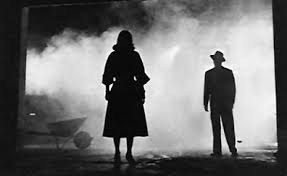 There’s one thing (amongst many) that truly shivers my timbers and that is when I am forced to admit that I never heard of an author … at least a serious author that doesn’t have Fabio on the cover of his book. But the Library of America series knew enough to publish a collection of five of the works of David Goodis: David Goodis: Five Noir Novels of the 1940s and 50s.

Now I am not an inveterate reader of mystery novels (like my mother was: she would read three a day) but I have read authors such as Georges Simenon, Dashiell Hammett, Raymond Chandler, even John D. MacDonald, still, I never heard of David Goodis. I was even familiar with the Bogart movie based on Goodis’s novel and I’m certain that my daughter, who teaches Cinema Noir at the university, is well aware of Goodis, but not me.

Now I have read the first novel in the Library of America volume titled Dark Passage. This is the one that was turned into that excellent movie. I enjoyed it but I just don’t have the right genes to get too excited about this type of novel. I would consider it a suspense novel: it have crime and mystery and procedural elements, but the story is more about escape and who is out to get you.

Interestingly, this novel was seen as the model for the television series, The Fugitive, but I don’t think the courts agreed.

Give Goodis a try: his works are not too long and the Library of America collection is just right (look in your public library).

Here are the novels by David Goodis and also a list of films that Goodis was involved in (from Wikipedia):