You can find the original of this post over at Media Matters. 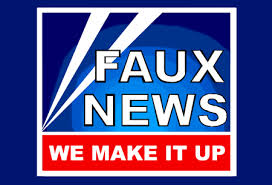 The Fox Cycle is the process by which Fox News pushes right-wing fringe stories into the mainstream news. Fox distorts facts, spreads myths as truths and devotes heavy, one-sided coverage to make viewers believe in baseless, manufactured stories — and, worse, to convince mainstream media outlets to cover these lies.

The Fox Cycle is the reason why some people believe that Planned Parenthood is in the business of selling fetal body parts, why some people still think the 2012 presidential election was rigged against Mitt Romney, why some people are convinced that voter ID laws prevent fraud and why climate denial is rampant. Even after the truth has emerged, proving the story false, there are still many people left with the impression that there’s some truth or credibility to the claims.

While Fox News is mainly to blame for picking up these fringey stories in the first place, mainstream news outlets must be careful not to echo their right-wing manufactured distortions as truths. Fact checking and debunking misinformation is especially important this campaign season.