Are we having fun yet?

Actually we were very lucky. This is a neighborhood full of trees, mostly big and green, that performed a creditable stadium wave in the high winds just after midnight. We lost power very early but it was restored within the hour; then, as I started to download an operating system update, everything went black and quiet … there were no longer any electrical or digital murmurings to counter the whistling winds and groaning trees outside. Soon I realized this also meant Florida in the summer with no A/C.

One day passed, then another. It was hot and smelly in the house (showers were cold water only and tended to be quick). There was no television, no radio, no internet, no email, no nothing (is that a thing?). Luckily my son-in-law’s office downtown still had power so he ferried my need-to-keep-cold medications down to the refrigerator in the break-room (ultimately saving thousands of dollars worth of meds) but everything else in the non-working refrigeration units at the house were slowly getting warm.

To counteract the heat we had gone on rides in the van with the A/C blasting but most of the traffic lights were non-functioning so even that was difficult. Finally we decided to get out of town and booked a couple of rooms in Panama City for the weekend. I know, it’s hard to believe getting rooms at the beach on Labor Day weekend but the storm had caused a lot of cancellations and we even had pet privileges where we stayed (Ricky and Luci appreciated that).

At the hotel we had air conditioning, lights, television, ice, and enough time to roam around the area, tasting the food and the sights. The first day was rocked by thunderstorms but after Hermine it was just an inconvenience. I had fun and ate many oysters, bratwursts, burritos, and drank lots of icy-cold Coke Zero. Healthy?

When we got back to Tallahassee the power was still out and it didn’t look like anything had been done in our area: trees were down, power lines were broken, traffic lights were still out, and most of the food in our refrigerators and freezers was thawed and spoiled. It took another two days for the power to be restored; we began to cool down, took long hot showers, and started filling big black plastic bags with beaucoup d’expensive food they wouldn’t even eat in the Gulag.

Three days later Comcast restored their service and the kids could watch cartoons on the television, movies were again available on Netflix, and we all had our internet restored, haltingly at first, ready for us to pounce on hundreds of emails.

I sat down to update this website with the storm news (I know, it’s old news now) and also with the results of my reading (when I found sufficient light to read). They broke ground for my new sunroom and office but right now all it is is dirt and a couple of stakes. Until it is finished (December?) I must keep all my books in boxes hidden away in closets or behind doors.

Eventually things will get back to an acceptable version of normal.

One thought on “Holy Hurricane, Batman !!!” 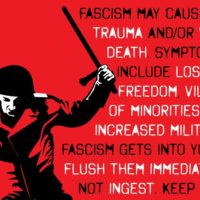