After watching a unit of Moroccan soldiers pass by—black Africans who will cut off a man’s head in combat—Henri Barbusse writes:

‘No doubt they’re a different race from us .. In fact, they’re real soldiers.”

They are men, good fellows of all kinds, rudely torn away from the joy of life. Like any other men whom you take in the mass, they are ignorant and of narrow outloook, full of a sound common sense—which some-times gets off the rails—disposed to be led and to do as they are bid, enduring uder hardships, long suffering.

They are simple men further simplified, in whom the merely primitive instincts have been accentuated by the force of circumstances—the instinct of self-preservation, the hard-gripped hope of living through, the joy of food, of drink, and of sleep. And at intervals they are cries and dark shudders of humanity that issue from the silence and the shadows of their great hearts.

Under Fire by Henri Barbusse gives the reader a realistic and compassionate insight into the life of the common French solder during the Great War. Although there are many more novels available which give strong impressions of the struggle of war, there are only a few that might be considered providing a literary truth as opposed to a romantic sensationalization.Without consulting any learned analysis, I would place this novel by Barbusse alongside the likes of Remarque’s All Quiet On the Western Front, Brown’s A Walk In the Sun, Solzhenitsyn’s 1918, and Ford’s Parade’s End.

What other novels would you consider as providing a deep understanding of the horrors of war and of the camaraderie of those fighting and dying? Hemingway? Tolstoy? Uris? Barker? 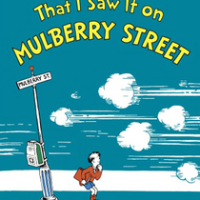