One of my favorite and most admired novels is Jealousie by Alain Robbe-Grillet. I first met Robbe-Grillet on a back-shelf at Papa Bach: the cover of the Grove paperback of Le Voyeur showing a beautiful naked woman surreptitiously through a bedroom window. I read Le Voyeur and La Maison de Rendez-vous at that time as if they were some new kind of literary magic that I didn’t understand but which I was certain contained hidden treasure.

It wasn’t until I read Jealousie that I began to understand what I eventually learned was the nouveau roman. Jealousie was the key to the magic.

Jealousie is the story of a husband living on a banana plantation who suspects his wife of having an affair. With out going into the various characteristics of the nouveau roman (read R-G’s own For a New Novel) there was one technique that really opened my eyes to the new novel.

At one point a centipede is crawling up the wall and is summarily splattered leaving an obvious stain. Now the nouveau roman doesn’t tell the reader: it shows the reader (R-G was very cinematic, even in his writing). As I read Jealousie I realized that the splatter on the wall was a fixed point in the novel’s world and I could maneuver around the house, knowing which window to look out of, simply by orienting my imagination in relation to the spatter. R-G never told me where I was; rather he showed me the environment and left it up to me, the reader, to put the pieces together.

The nouveau roman included many important writers in the 1950’s and ’60s, notable Alain Robbe-Grillet, Robert Pinget, Michel Butor, Nathalie Sarraute, Marguerite Duras, Samuel Becket. This school of literature can be seen as the foundation of postmodernism in France.

Le Mise-en-Scène was published not long after Jealousie. Ollier’s novel is similar in that, other than a very useful map, it presents a remote, unspecified, desert location in chunks of hyper-realistic prose and let’s the readers maintain the overall sense of place in their imaginations.

Ollier’s world is not closed like that of Jealousie. The novel relates the activities of an engineer sent to lay-out a viable road through the desert mountains to a recently discovered zinc mine. The narrative starts with the murder of a young woman by her husband—Why?—and ends with the uncovering of a possible murder of an unrelated visitor to the same area being mapped out by the engineer. Add to this the discovery of petroglyphs that indicate a double murder and there is an unanswered undercurrent  leaving the world of the novel in an uncomfortable mist of uncertainty.

The possible new road does get laid out by the engineer and he returns to where he started his short adventure in the strange land of heat, scorpians, and rock bridges.

I personally revel in the slow pace of this novel with the building up of minute, seemingly unrelated details. But Le Mis-en-Scène is far more complex than I can relate here. A serious reader could spend a great deal of time and effort sussing out the relationships between the details of this novel and also demonstrating how Ollier is minutely immersed in the characteristics of the nouveau roman.

And to think that Le Mis-en-Scène is only the first of what the author intends to be a series of eight novels, structured in a parallel sequence of four narratives, entitled Le Jeu d’enfant.

If you’re not familiar with la nouveau roman, I strongly recommend reading Alain Robbe-Grillet and then to understand how other writers might interpret the theory, try Claude Ollier or Marguerite Duras.

Here is the list of novels by Ollier from Wikipedia:

"If I ran a school, I'd give the average grade to the ones who gave me all the right answers, for being good parrots. I'd give the top grades to those who made a lot of mistakes and told me about them, and then told me what they learned from them." — R. Buckminster Fuller

From the Terrace — John O’Hara 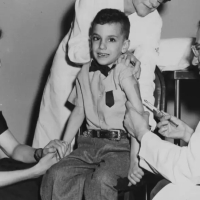