I confessed recently that I have an uncontrollable urge to read a mess of detective fiction. I recognize several strong influences, any one of which might boost Mickey Spillane ahead of Henry James on my short-term reading lists. But there are two facts that I need to recognize before I go full-out Peter Whimsey: first, I never have abandoned the fun of mystery stories like I have the tedium of science fiction (look at my reading lists: there’s a mystery or two almost every month), and second, there is so many examples of mystery or detective fiction available and being written every day — so many that no one, let alone I, would ever hope to read them all.

I imagine sitting on the steps of the library with piles of books all around me, a pile of V. I. Warshawski, another of Spenser (with an “S”), maybe a  teetering stack of Maigret or a more pious pile of Cadfael. I adjust the glasses that are slipping down my nose and suddenly …

So I am planning to jam a significant number of hardboiled detectives, competent and principled law enforcement officers,, and smarter-than-me women detectives, into my next few monthly reading lists. I have three goals: first to read Connelly’s Harry Bosch series because I have massively enjoyed the Amazon series, and second, to catch up on all those post-death Robert B. Parker novels that are growing like topsy. And third, of course, to start piling books on the library steps.

Here is the June reading pool: 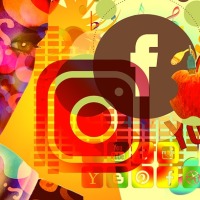