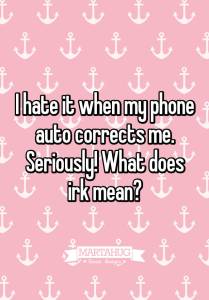 When I was at university I was considered laid back, easy going, accepting, slow to warm up, just a real nice guy. During several varieties of psychological tests (a common way for starving students to make a few bucks) I was calm, never got rattled, avoided panic and often ending up winning the “game.” Then  went to grad school and became much more confrontational.

Through the years I have encountered little things that, if only momentarily, shatter my calm acceptance. In popular parlance I believe these would be considered “pet peeves.” Unfortunately, the term “pet peeve” is possibly my biggest “pet peeve.” A peeve is an annoyance, something that irks someone, but the use of the word “pet” to (presumably) denote something personal, possibly uniquely held, I balk.

The word “pet” is a verb meaning to stroke or groom an animal (remember, people are animals too), and animal which might be your companion, but not a pet. The mere word is politically ugly. I’ve considered it so since Fifth Grade when Laura Jean was the Teacher’s pet and I was so much smarter than she was (cuter too).

So here is one of things that I cringe over:

A friend from a reading group would suggest that a phrase similar to “a dog barking in the distance” was a huge red flag indicating a writer that might best be avoided. I myself have conjectured that attendance at a writer’s school might disqualify an author, especially since his or her first novel was inevitably a text that had been worked and reworked by teachers and peers. 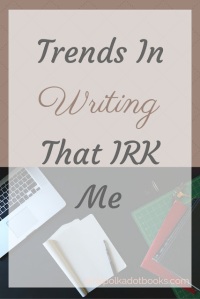 When poking around the internet I chanced upon the site PinkPolkadotBooks and enjoyed a similar list of irksome trends in writing. Go to the website to learn more, but here is the list:

There are so many things in writing or in life that I find irksome. My lists of Rules and Myths of literature are almost thirty years old now but as I re-read them I find myself nodding and harrumphing … so true.

A History of the World in 100 Objects — Neil MacGregor