It’s Three o’clock in the morning. St. Louis television ended its day a two hours ago and I still cannot sleep. The office at the hospital complex was only a short drive on deserted streets, The newest digital computer had been dropped off there for our experimenting before it was to be formally installed in the official hospital environment. I had to touch it, to watch its flashing lights and toggle its many switches.

This one was impressive. The 8s I had been working with were hardly bigger than my television; this was a 12 and resembled a small vending machine with its own paper tape reader.

Most of my time during the week after its delivery I spent studying the manuals which came with the machine: one for the equipment and one for the programming. Being almost a prototype, little software seemed to have come with the equipment: just some loops of unaccessable paper tape. So the first thing was to embrace octal, learn the native language, and write a simple bootstrap program to enter through the front panel and activate the paper tape reader.

How? That’s what had me up at 3 AM. I had the answer in my head and was compelled to test it without delay.

Back then I was studying for my PhD in English Literature. My head was filled with Restoration drama and Medieval tropes. MacBeth was making me squirrely, the Mets won the pennant, and Vietnam wanted my ass. This simple part-time job, selected to put beans in my pot and teach me the art of the keypunch, resulted in my escaping to New Jersey and exchanged Wycherley for Watson.

Computers were exciting but at TPC, like most large corporations, the computers were relegated to automating long-standing manual tasks and converting data to reports. Here’s a scary word: COBOL.

Looking back I’ve concluded that my early days at TPC were threatened by the two rules of programming: code should be clunky and inelegant, and code should be written so that only the original programmer could understand what was going on. Luckily I escaped this COBOL Hell and was able to imaginatively manipulate low-level code in the rapidly expanding data communications environment. Although we didn’t call it that at the time, what we were developing and deploying was in effect a private version of the internet, or, more accurately, an intranet.

On the personal side I was obsessed with home computers. My High School buddy back in California had purchased a TRS-80 and I, after months of investigation and comparison, had decided on a Ohio Scientific computer. Luckily, a tech friend told me that under the hood the OS computer was a disaster and suggested the Apple ][ as a far better alternative. So I bought an Apple, maxed out the memory (48K!), added a disk drive, a modem (300 Baud!), a memory card to switch from BASIC to Pascal, and eventually a little thermal printer.

Even though I played Space Invaders regularly, my computer interests were more associated with Artificial Intelligence and Robotics. I saw great promise in using computers in these fields and programmed several experiments with mixed success, but end the end, my home computers evolved into commodity machines which facilitated email, social interaction, and data manipulation & storage.

To this day I sit at my desk with a full-screen Macintosh, an iPad, and an iPhone positioned to cover social media, news events, and most of all reading digital books. I seldom play games (the occasional Sudoku) but I have a Premier subscription for the family and occasionally consume a few minutes testing out the games on Apple Arcade.

It’s a commodity now but once it was magic.

2 thoughts on “From Wycherley To Watson” 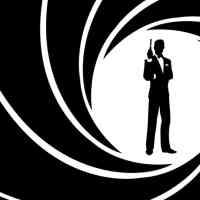 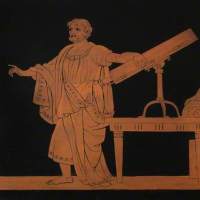