The Trump re-election campaign thus acknowledges that it is actually a death cult. Furthermore, it is counting on the inherent stupidity and blind loyalty of its fundamentally white supremacist base to offer their lives and safety so that a fat fascist moron will feel good about himself and not have to cower in some dark corner afraid that divine retribution or Vladimir Putin might call him out.

END_OF_DOCUMENT_TOKEN_TO_BE_REPLACED 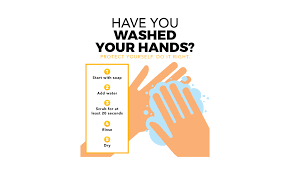 In February 1957, a new influenza A (H2N2) virus emerged in East Asia, triggering a pandemic (“Asian Flu”). This H2N2 virus was comprised of three different genes from an H2N2 virus that originated from an avian influenza A virus, including the H2 hemagglutinin and the N2 neuraminidase genes. It was first reported in Singapore in February 1957, Hong Kong in April 1957, and in coastal cities in the United States in summer 1957. The estimated number of deaths was 1.1 million worldwide and 116,000 in the United States.