What makes so many Americans proud of their ignorance? — Dr. Helen Dole

How come in all these [war] movies the Germans and the Japanese are always the smart ones, and the Americans are the dumb ones, and still the Americans win the war? — Alton Darwin

(Answers on the back)

A television spot I saw yesterday summed up the general polls in this country by saying,

Americans don’t want to go to war and want to raise the taxes on the rich.

What are we hearing from the Republican, conservative, neo-cons that are vying for power?

Prepare for war with Iran and under no circumstances raise the taxes of the rich and super-rich.

Why is it that these people are even listened to, let alone voted for? I know, they create a false reality, foment fear and distrust, manipulate or buy the elections, and prevaricate to the max. Don’t blame them:  they have to:  they are Republicans.

Furthermore they are an aging plutocracy of selfish white men, for the most part, that is not going to survive the quiet take-over of this country by women, gays, Latins, blacks, Asians, and youth. But beware:  a dying beast can lash out and do a lot of damage.

Bill Maher admitted that he had tweeted something pointing out the open-admission by the Republicans in congress that they would do nothing until after the election since they didn’t want to take a chance on making a mistake that might help Obama. Maher, although he later suggested it might be too strong a word, called this action (or non-action) treason. Let’s see, if a person or body of people openly do things (or not do necessary things) that will harm the government and the people of the United States of America, is that treasonous?

Probably, but the Republicans have done that for years. If this government was operated as a business (listen-in Mitt) then most of the congress would be looking for work instead of looking for corporate handouts. If we truly have a system of checks and balances, then I don’t see why the Executive Branch doesn’t step up to rap the knuckles of the rogue Supreme Court and make the do-nothing congress go stand in the corner while the real members of the Legislative Branch work to get things done and to better life in this country for all Americans, not just the one-percent. 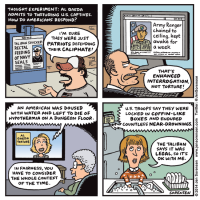