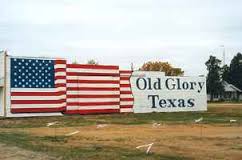 The recent social upheaval over the battle flag of the Armies of Northern Virginia (erroneously called the Confederate Flag) has once again revealed the politicizing of history in Texas and the criminal bowdlerizing of textbooks intended to educate the youth of the country. If you want to isolate a failure with public education, look no further than Texas.

The Washington Post published an editorial that emphasizes the danger inherent in Texas:

This Fall, Texas schools will teach students that Moses played a bigger role in inspiring the Constitution than slavery did in starting the Civil War. The Lone Star State’s new social studies textbooks, deliberately written to play down slavery’s role in Southern history, do not threaten only Texans — they pose a danger to schoolchildren all over the country.

END_OF_DOCUMENT_TOKEN_TO_BE_REPLACED

My father told me about his watching the movie Gone With the Wind projected on a white sheet while the viewers leaned or sat on the railings around the commissary on a warm summer night. I think he was in the Army Air Corps at the time but this may well be a memory jumble and he might have just returned from a successful day of catfish wrangling when growing up in Oklahoma. I saw Gone With the Wind one Saturday morning at a restored mega-cinema houses on Hollywood Boulevard—the Egyptian, perhaps—when the restored (recolored) edition was first-run in the mid-60s.

Nowadays GWTW has played many, many times on television and anyone can own their own copy of the DVD for only a few dollars.

END_OF_DOCUMENT_TOKEN_TO_BE_REPLACED 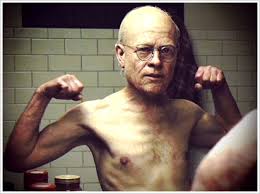 The first thing that struck me was that Mr. Button ran around buying clothes and thinking about how embarrassing it would be introducing a septuagenarian as his newborn son but there was nary a thought or remark or question concerning the condition of his wife. Is this because the fiction focuses on the newborn or does it reflect a time when women were just doing their duty having babies and taking care of the man of the house (this was just before the War of Northern Aggression, remember)? Then, when Benjamin and his father appeared to be about the same age (50 or so), the two gentlemen gussied up for a night on the town … where was Mrs.. Button?

END_OF_DOCUMENT_TOKEN_TO_BE_REPLACED

I read that after the Civil War, the freed slaves were forced to surrender any guns they had to the government. While casually flipping around the internet I arrived at a wonderful site call Firearms and Liberty which included an essay on the racist roots of gun control which suggested the theme I was investigating

The historical record provides compelling evidence that racism underlies gun control laws — and not in any subtle way. Throughout much of American history, gun control was openly stated as a method for keeping blacks and Hispanics “in their place,” and to quiet the racial fears of whites. This paper is intended to provide a brief summary of this unholy alliance of gun control and racism, and to suggest that gun control laws should be regarded as “suspect ideas,” analogous to the “suspect classifications” theory of discrimination already part of the American legal system.

I thought that if gun ownership was systematically denied to African-Americans in the past, the NRA would be eager to get behind a movement to make restitution and arm all the black men and women in the inner city or even on the farm or plantation. This would be entirely consistent with the NRA struggles to place a loaded gun in the back pocket or purse of every American whether on the street, in church, or three sheets to the wind outside Duffy’s Tavern. I’m pretty sure the opportunity to promote firearms for angry African-Americans will rapidly take over the Firearms and Liberty site so I want to make certain that everyone is familiar with it. Again, here is the link to Firearms and Liberty.

I noticed several interesting items poking around the Firearms and Liberty site. I’ve always had trouble with the interpretation of poetry so I’m not really sure to whom this little poem is addressed, but if I was George W. Bush I might want to worry (and Mitt should just go home now and supervise the installation of those new car elevators). Here is the fun little poem:

To the Tune of “YMCA”