Gary bounced from college to college, from the Ivy League to relative obscurity in West Texas. He could always find a new school because he played football and he was good at his game. But Gary also loved to study mass destruction, warfare, and the slaughter of innocents.

Don DeLillo’s early novel, End Zone, somewhat heavy-handedly makes the metaphorical connection between the controlled violence of football and the blood and bone violence of modern warfare, especially as being established in Indo-China (although mentioned only once). Is it a read-out of the playbook or the details of a thermo-nuclear attack plan? Is it the play-by-play of the football game or is it a scenario of the escalating destruction of a winless war of destruction?

END_OF_DOCUMENT_TOKEN_TO_BE_REPLACED

Here is the transcript of a spot-on observation by Bill Maher from his HBO show Real Time with Bill Maher (if you are an HBO subscriber, you can see the video). The original posting is at  the Daily Kos.

END_OF_DOCUMENT_TOKEN_TO_BE_REPLACED 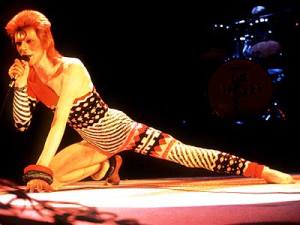 I skimmed over an article this morning discussing whether the results of today’s NFL playoff game will decide whether there is actually a god in heaven looking after his flock.Now I only have a cursory knowledge of Tim Tebow and not only haven’t I seen him play but I don’t think I have seen anyone play this season. They always put those pesky football games on when I am busy reading and can’t take time off for mindless entertainment. But I do know (sort of) that Tebow openly prays before, during, and after the game and I seem to remember a photo some time back with scripture notation on a players face using the lampblack like a blackboard (I assume this was Tebow but I might be wrong).

Anyway, while accessing Yahoo I learned that the presumably evil New England Patriots had chewed up Denver and spit them out. Now does this then mean there is no god? (I know, the excuse is that Tim didn’t fall on one knee to pray often enough, otherwise Denver would have won.) I also saw a blurb that expressed a strong curiosity about the reception Tebow would receive if he was a devout Moslem.

But there were a number of things that magnified this event. First, I have heard on more than one occasion that if Jesus told Rick Perry to run for President, who was it that told Michele Bachmann to run? Maybe Jesus was bored and just wanted to let his chosen people have a few laughs, after all, is there any other way to explain Herman Cane? It has always been one of my biggest conundrums when I read about two countries of the same faith that have gone to war against each other, each proclaiming the god is on their side (thank you Bob Dylan).

But the best thing I saw on this subject, and maybe one of the best satirical performances I have experienced in years, was Jimmy Fallon doing a spot-on performance by Tebowie (Tim Tebow and David Bowie in one). It has gone viral so look up the video and enjoy. One last thing:  someone was discussing football players wearing tights, running around slapping each other on the butt, having fun in the locker room, not to mention those showers, and the comparison to David Bowie (or Ziggy Stardust) might not be too farfetched.

While we’re at it, if you missed the SNL skit where Jesus Christ shows up at the Denver Bronco’s locker room, it’s funny but not as imaginative as the Jimmy Fallon bit.

A Partial List of People To Bleach — Gary Lutz