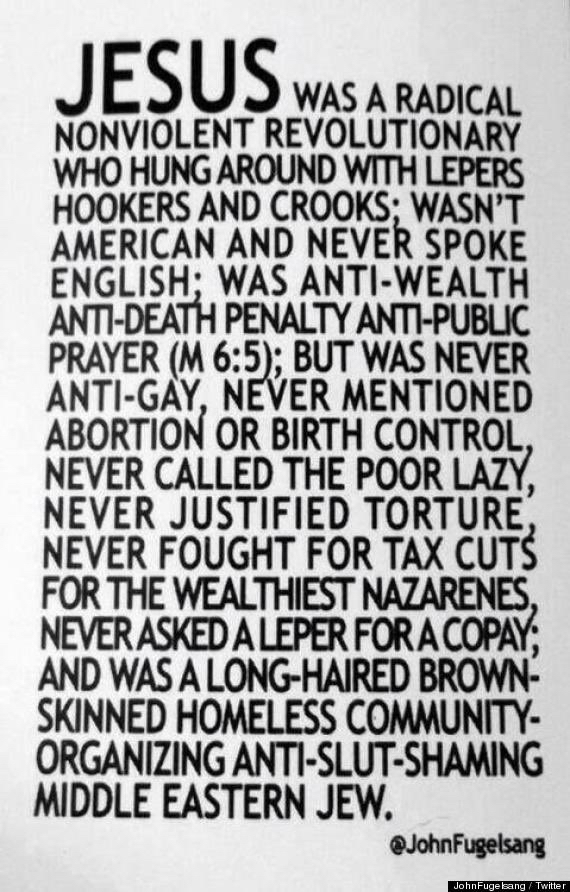 What do you believe about Islam?

END_OF_DOCUMENT_TOKEN_TO_BE_REPLACED

The following post was published on the Daily Kos by SemDem. The article is great and I recommend you read the entire article at the Daily Kos website.

On Rightwing Christians: Have you noticed something odd about this Ashley Madison scandal?

Since the Ashley Madison scandal broke, I have noticed a distinct lack of condemnation from you rightwing christians.

Where are all the youtube hate videos against the subscribers practicing adultery?

Where are the droves of protestors picketing AshleyMadison.com like Planned Parenthood?

END_OF_DOCUMENT_TOKEN_TO_BE_REPLACED

We have discussed the veracity of the stories contained in the Gospels and even the possibility that Jesus was a real person, but according to an article on Alternet, Valerie Tarico writes that a growing number of scholars are openly or actively arguing against Jesus’ historicity. The article, reprinted at Salon is titled

Most antiquities scholars think that the New Testament gospels are “mythologized history.” In other words, they think that around the start of the first century a controversial Jewish rabbi named Yeshua ben Yosef gathered a following and his life and teachings provided the seed that grew into Christianity.