I highly recommend Amiri Baraka’s experimental novel from the ’60s, The System of Dante’s Hell. Written under the poet’s name at that time, LeRoi Jones, Baraka gives a highly personal, somewhat autobiographical, account of how the experience of being a black man can be related in terms suggestive of Hell as developed by Dante in the Inferno.

In fact, a modified version of Dante’s system is provided at the beginning of the book. But don’t get trapped into attempting to marry each section of Baraka’s narrative to Dante’s map of Hell.

END_OF_DOCUMENT_TOKEN_TO_BE_REPLACED 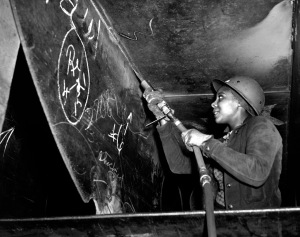 I grew up in San Diego, California, although I was born in North Carolina and my folks were from Arizona. Right after the war we lived in what is now a very posh area of San Diego—Point Loma—but when my Dad got into San Diego State College on the G. I. Bill, we moved to married student’s housing down by the jetty in Old Town. Most of the living arrangements in that area of town were temporary plywood multi-units built for the influx of workers for the war industries: building airplanes and ships. In Southern California where the weather is friendly, temporary buildings tend to last a long time. When I came home from New Jersey to surprise my buddy who was getting married, they held his bachelor party in a newly built townhouse on the side of a long hill where, until that visit, I would see only those old two-story plywood firetraps still being used to house the less fortunate of San Diego.

END_OF_DOCUMENT_TOKEN_TO_BE_REPLACED

While studying poetry at the university in the sixties, I was a follower of Leroi Jones . If you haven’t seen the movie made of Dutchman, look it up. Not only was it an intriguing adaptation of the Flying Dutchman story and an important commentary on the black experience in America but it also co-starred a young and vivacious Shirley Knight (look her up, she’s still a regular in the movies … but she has definitely changed).

Since I was a one-time resident of Newark, New Jersey, Amiri was very much a local hero. Still, Amiri Baraka was undeniably controversial but he was also a great American … he forced us to pay attention.

END_OF_DOCUMENT_TOKEN_TO_BE_REPLACED

I lived for many years in and around Newark, New Jersey. I had moved from San Diego to Los Angeles and then onto St. Louis on the way to Northern New Jersey. I started my serious adult career in a tall office building in the center of Newark that famously had trilobites fossilized in the marble surrounding the elevators. For a while I lived just over the line in East Orange but later moved to a small apartment close to the park (on the Belleville side). I took the city trolley into work most days or a bus that ran down Franklin and dropped me off near the Newark Museum. 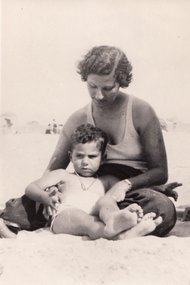 This was a time not long after the riots but before the major changes to the downtown shopping areas. Newark was a fine city, not without its problems, but well-controlled by the likes of Hugh Addonizio and Tony Imperiale with an open hand and a pocketful of corruption.

Although I was most familiar with the North Ward and the neighboring towns like Nutley, Bloomfield, and Belleville, I commuted to work for several years with a co-worker from the south side:  Weequahic and Irvington. This was Philip Roth country but it was early in the writer’s career so I didn’t recognize my familiarity with the many local sites that would later make his novels so real to me.