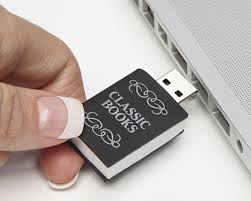 The novels of the 19th Century make up the core of what is considered classic literature in the western world. The novel as a genre had just been developed in the previous century and through the 19th Century the traditional form of the novel was developed by authors such as Jane Austen, Charlotte Brontë, Charles Dickens, and Emile Zola. In the next century the form is generally codified and then, as always happens when any form of art is defined and restricted, modern writers began to break the rules and in doing so, extend the definition of what is termed the novel.

Long ago, however, I learned that you can’t understand how the rules are broken unless you’re well versed in the rules themselves. Thus it is important to understand the novel as written in the 19th Century if you want to understand and enjoy the advancement of the form in the 20th Century.

END_OF_DOCUMENT_TOKEN_TO_BE_REPLACED

If you study literature you will come across the narrative form called the Picaresque. These episodic, usually naughty yet humorous works of extended prose started in Spain in the 16th century. The name comes from the “picaro” who was the hero, or anti-hero of the work. The picaro was a bit of a rogue, in and out of adventures, petty larceny, loose or easily won-over women, and always with a sense of humor and a salty tongue. Don Quixote is really a picaresque that got out of hand and turned itself into something new … or novel. 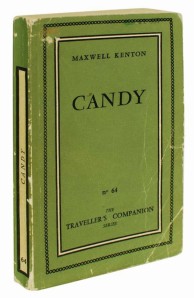 In more contemprary literature we have Saul Bellow’s Augie March as probably the best example of a modern picaresque, but there are many others (how about Tom Jones?). Back in the ’60s Maxwell Kenton (nom de smut of Terry Southern) wrote a delightful little picaresque that was very popular, especially in the more liberal colleges; it was called Candy.  Read it? I remember thinking at the time how so much depravity could be so much innocent fun (Little Annie Fanny is another good choice, but it was a graphic story).

While reading Iceland by Jim Krusoe I jumped back a few years and dredged up comparisons with Candy.
END_OF_DOCUMENT_TOKEN_TO_BE_REPLACED

I have lifted the beginning of a review from the excellent weblog:  The Reading Experience by Daniel Green. I encourage you to visit this site.

Partisans of “experimental” fiction (I am one) frequently make unequivocal distinctions between a properly experimental and a “conventional” work: The experimental work is formally or stylistically unlike anything that has come before–satisfying Ezra Pound’s injunction to “make it new”–while the conventional work merely recapitulates, perhaps with modest variation, an already existing form or style.

If the goal is to identify the truly original, this distinction makes sense, however much it seems to some readers an overly rigid standard or just unnecessary–if a work of literature provides some kind of aesthetic satisfaction (if it’s merely “a good read”), what difference does it make if it can be called original or not? In my opinion formal and stylistic innovation is important in maintaining the aesthetic potential of fiction. Without it, fiction becomes just a routinized “entertainment” medium that at best appeals to readers willing to settle for routine entertainment but that at worst itself implicitly denies that fiction has any potential to be “art” except through the skill required to master the moves involved in joining together the familiar elements–plot, character, setting–associated with it as an inherited form. I would not deny that this can be done more or less skillfully (and that the result can be more or less entertaining), but surely it is artistic originality that at the very least introduces a fresh perspective on what might be possible in a particular aesthetic form, and surely this is as true of fiction as of any other of the arts.

Perhaps, however, those of us who would defend experimental fiction against its frequent enough detractors (who usually either do prefer the familiar over the fresh or conveniently judge all literary experiments to be failed experiments) do, wittingly or unwittingly, too quickly discount the value of a work’s capacity to “entertain,” at least if “entertaining” is defined as that quality of the work that sustains attention, makes the reader feel the reading experience is worth the time spent. I have always thought the greatest experimental fiction precisely manages to both find original means of expression and make that expression entertaining, even traditionally “enjoyable.” The fiction of Gilbert Sorrentino, for example, has always seemed to me wildly entertaining, even if it is dedicated first of all to discarding all the conventional ways of providing entertainment through narrative fiction. The same is true of the fiction (and the plays) of Samuel Beckett, if the reader can reconcile the at times farcical premises and occurrences with the bleak view of human existence Beckett presents.

There is also perhaps a middle ground between “experimental” and “conventional” in fiction where writers are able to follow up on (in a sense further experiment with) strategies and techniques first introduced by previous innovative writers, in some cases precisely employing those techniques in a more obvious attempt to turn them to the purposes of familiar literary pleasures. Although some practices that were at one time more daring–fragmented narrative or the move toward “psychological realism” among modernist writers such as Joyce and Woolf, for example–have inevitably become so assimilated as to no longer seem exceptional, others can still be used to credible effect by skillful writers seeking to avoid the most conventionalized assumptions about writing novels or stories. While the results couldn’t be called experimental other than in this second-order sense, such works are certainly more adventurous than the great majority of what gets called literary fiction, and might even help convince some readers that more adventurous approaches to both the writing and reading of fiction could have their merits.

I am much in agreement with the discussion above. I do not personally insist that experimental fiction must be entirely unlike anything that went before. It’s great if it is truly new but I leave room for improvement of the experiment (so many examples of experimental fiction are unsuccessful or only marginally successful) and for other authors to try the experiment out themselves to see how it goes and how well they might be at writing something new, even if they weren’t the first. I also allow that what was experimental two-hundred years ago now might be considered conventional; that does not mean the original experimentation should be overlooked:  shoot, the novel itself was once experimental … and it didn’t get very good reviews.