I understand the Romney campaign is not making a big thing of this latest endorsement. I would think this is the kind of pizzaz their candidate is sorely lacking. It’s funny that Ted Nugent is good and Jenna Jameson is bad … is it because she doesn’t play the guitar?

By Jordan Zakarin, The Hollywood Reporter 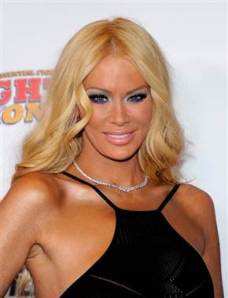 “I’m very looking forward to a Republican being back in office,” Jameson told a CBS reporter at the anniversary celebration of a gentleman’s club in San Francisco on Thursday. “When you’re rich, you want a Republican in office.”

“When you’re rich, you want a Republican in office.”