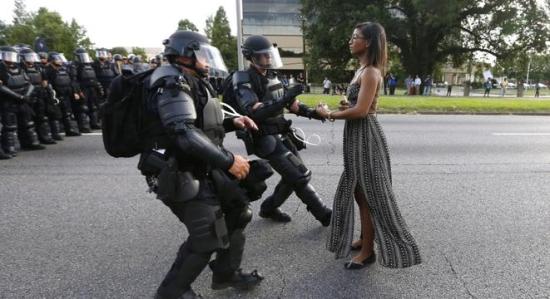 … and it looks like the future of this country will be more militarism, more discrimination, more violence, more Fascism, and less freedom for the common citizens let alone for anyone who might be considered less than a patriotic Christian land owning white male oligarch.

It’s time for everyone to read It Can’t Happen Here by Sinclair Lewis and The Iron Heel by Jack London.

A small element of The Iron Heel is London’s need to speculate on as yet unknown or unproven devices … like the bombs, tanks, airplanes that didn’t exist. London does present his version of these, the war-balloons and armored tractors. Remember that the Wright Brothers had just flown at Kitty Hawk and the tank was not introduced until World War I (and it was pretty crude even then). Dynamite had been around a few years so bombs were getting more effective (especially when dropped from those war-balloons).

Of course now these heavy armaments and advanced killing devices are common and for the most part easily obtainable at the local gun show with minimum fuss thanks to the NRA and the Gun Lobby. I always consider it the greatest irony that America’s survivalists are going to the mattresses in advance of a government take-over of their freedoms when it’s actually the corporations, the one-percent, the plutocrats, the oligarchy that is taking away their freedoms and turning them into corporate wage-slaves.

True, the survivalists can hole-up in the depths of a forest in northern Idaho and be left alone … but if a big corporation wants to build a ski-resort in that area, guess who is going to be crushed by the oligarchy? And do you think that the corporations are going to allow private citizens to be armed if that is seen as a threat to the continued suppression of the 99 percent who are being forced into an unescapable life as wage-slave and readily manipulated consumer? Who is in control of the military? the police? the government itself?

END_OF_DOCUMENT_TOKEN_TO_BE_REPLACED

The other day I mentioned a title by Jack London to an avid reader and was reminded that most people, including me, have only read the obvious titles by any author and might not be aware of the less-well-known or obscure titles that are never stocked on the shelves at the big-box-bookstores. Despite its shortcomings, I find Wikipedia an excellent source for the bibliographies of most authors (I like the clear lists and not the essays which obscure the titles). So my recommendation is to check the full bibliography of every author you read.