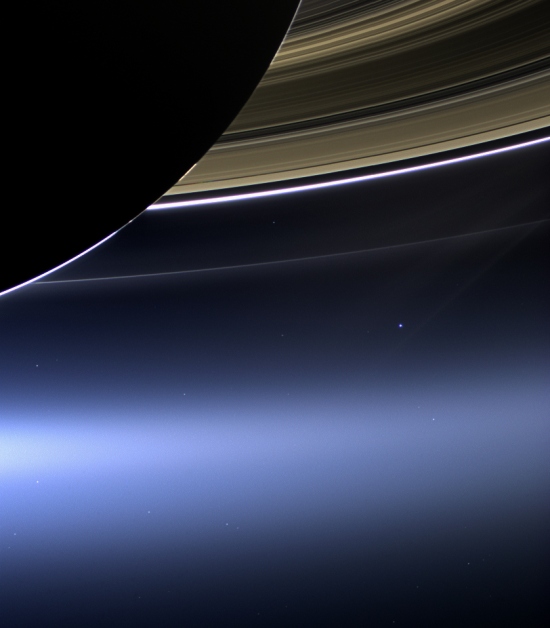 Saturn, backlit, seen by the Cassini spacecraft, with Earth just below the rings. This picture was taken from 1.4 billion kilometers away. My goodness, Earth seems so insignificant.

When contemplating the forest on a walking tour of England, the narrator offers a view of life that is very common in the works of W. G. Sebald:

Combustion is the hidden principle behind every artifact we create. . . . From the earliest times, human civilization has been no more than a strange luminescence growing more intense by the hour, of which no one can say when it will begin to wane and when it will fade away. 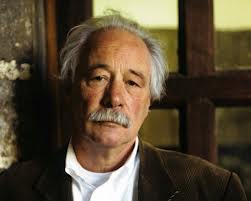 Sebald has been referred to as a literary undertaker, channeling authors like Borges, Benjamin, Kafka, Conrad, Stendhal. His narrative his carefully structured, mixing text with occasional images or photos that apparently are associated with the text. The overall impression is one of a memoir or even an autobiography. Is this fiction or non-fiction?

The power and value of Sebald’s writing is both in the themes the author developed growing up in post-war Germany and in a world that was forced to contemplate the Holocaust, and also in the forms he developed in his novels. When reading Sebald it is never clear whether the narrator is the author or a fictional character; the use of photographs to accent the narrative allow the reader’s mind to approach the themes on a level outside of mere reading; the prose is simple and direct and even the most believable passages are often pure fiction. Sebald subtly forces the reader to think … there is a lot more to Sebald than the suffice narrative.