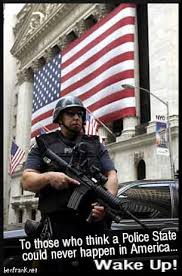 The police state, a term first coined in the mid-19th century in German (Polizeistaat), is characterized by a standing political police, by intense domestic surveillance and by restrictions on the movements of citizens. Police states are on a spectrum, and unfortunately in the past decade the United States has moved toward police-stateness in small but key ways. Here are the signs:

1. The United States National Security Administration recently requisitioned all Verizon phone records in the US for a period of 3 months. Your telephone records (who you called and for how long) say a great deal about you. This is a form of mass surveillance.

2. The US has assigned 250 NSA agents to sift through a massive further British database of US telecommunications and email, derived from attaching packet analyzers to transatlantic fiber optic cables.

END_OF_DOCUMENT_TOKEN_TO_BE_REPLACED

Where Are the Champions?

An interactive map of every championship in the history of MLB, the NBA, the NHL, and the NFL.
By Chris Kirk|Posted Thursday, June 6, 2013, at 7:52 AM on Slate

This interactive method of viewing the distribution of sports championships around the country through time is fascinating. It is also applicable to many other subjects and I suspect visualization might make the results even more obvious (how about the distribution of Federal money to the states?).