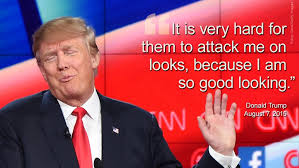 I was reading a fun article online that reviewed all the likely contenders for Donald Trump to select from as his running mate. The post considered Newt Gingrich as the No.1 contender, followed by Mary Fallin (although I heard bad things coming out of Oklahoma where she is now Governor), Chris (Bend-Over) Christie, Bob Corker (who is unsure if Trump is fit to be President), and Joni (Grab Your Balls) Ernst.

Just a side note: Joni Ernst is too dumb to know that the bread bags go inside your shoes or boots in the winter.

END_OF_DOCUMENT_TOKEN_TO_BE_REPLACED

In the Daily Beast Michael Tomasky writes about the selection of Paul Ryan to be Mitt the Twitt’s running mate:

So much for Romney making a pick that says something about his own views (whatever they are). Instead, he feared what Bill Kristol might say and buckled under. As always. … Paul Ryan? Really? It’s a stunning choice. A terrible one too. By making it, Mitt Romney tells America that he is not his own man and hasn’t even the remotest fleeting desire to be his own man. He is owned by the right wing. 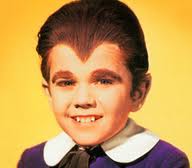 Interestingly, Tomasky sees the campaign flipping over and Paul Ryan becoming the center of debate:  so much so that Tomasky even suggests jokingly (I assume) that Ryan and Obama should debate and leave Mitt the Twitt to debate Biden. If you read the complete article (and others discussing the VP candidate selection) there is both discussion of how the GOP has slit its own throat as well as how the Democrats have to be cautious and not start celebrating too soon. Sort of a bottom line argument, however, is that when the retirees and soon to be retirees in states like Florida see the Ryan plan for their future, the GOP will be in trouble, and if Mitt the Twitt with his selection of Paul Ryan has guaranteed a loss in Florida (assuming the GOP accepts an honest election) then the November election is already lost.

Is all that “daring”? Well, Thelma and Louise were “daring” too, but they ended up at the bottom of a canyon. If the Democrats handle this situation properly, that’s where this ticket will end up too, and then the rest of us—the people who don’t want federal policy to be based on Atlas Shrugged—can finally and fully press the case to the right that America is not behind you, and please grow up.

My question, in light of recent pronouncements, is whether the selection of Paul Ryan will eclipse the choice of Sarah Palin as being the worst idea since a bag of glass?