I have freely stolen from Wikipedia to introduce readers to Babar (my apologies to those readers who have small children and are well acquainted with Babar … and if not, why not?).

Babar the Elephant is a fictional character who first appeared in 1931 in the French children’s book Histoire de Babar by Jean de Brunhoff.

The book is based on a tale that Brunhoff’s wife, Cecile, had invented for their children. It tells of a young elephant Babar whose mother is killed by a hunter. Babar escapes, and in the process leaves the jungle, visits a big city, and returns to bring the benefits of civilization to his fellow elephants. Just as he returns to his community of elephants, their king dies from eating a bad mushroom. Because of his travels and civilization, Babar is appointed king of the elephant kingdom. He marries his cousin, and they subsequently have children and teach them valuable lessons.

Babar was introduced to the English speaking world by A. A. Milne in 1933 so it was well established in the library of kiddie-lit when I came along a few years later. Since the original six books, Babar has become it’s  own industry around the world with additional books, movies, and even a television series.

Like an extravagant piece of poetry, the interplay between few words and many pictures, commonly called the picture book, is a difficult, exquisite, and most easily collapsible form that few have mastered….Jean de Brunhoff was a master of this form. Between 1931 and 1937 he completed a body of work that forever changed the face of the illustrated book.

Oh yes. Celeste is Mrs. Babar and they live happily in Celesteville with the kids, many friends, and the little Old Lady, of course.

There is some controversy over Babar suggesting that the books appear to promote and support colonialism They probably do, but consider these two points: First, as a two or three year old, concern about the evils of colonialism do not rank as high as zwieback; and second, it’s pretty easy to find fault with just about any children’s book or children’s story that preceded the age of political correctness. How about that wicked man in the yellow hat who forces a little monkey to live in the big city instead of up a tree in the jungle, happy in its natural habitat?

Here is the list of Babar books from Wikipedia (not a complete listing):

Jean de Brunhoff’s Babar books, and the titles of the English translations, were:

Other English-language titles about Babar include the following: 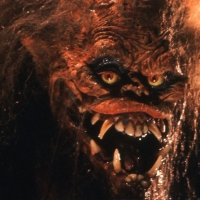