Here again I am going to combine two closely related challenge questions into one response. First is the book I have read the most and the second, obviously, is my favorite picture book from childhood.

I was intending to discuss James Joyce’s Ulysses here since I believe it is the book I have read the most and if I was more conscientious I would be reading at least once a year in preparation for Bloom’s Day, but when I scrolled down and saw the question that followed, I realized that in terms of the number of times I read any one book, Babar and And to Think That I Saw It on Mulberry Street made a commodius vicus of recirculation around the likes of Ulysses.

And to Think That I Saw It on Mulberry Street was the first Dr. Seuss book and I might have worn out a first edition from the Pacific Beach library before we moved to what is now an off-ramp of I-5. Later (I might have been 6 or 8), And to Think That I Saw It on Mulberry Street was published in a ubiquitous children’s periodical of the 1950s call Children’s Digest. This gave me my own copy of Dr. Seuss Opus No. 1 and I read it ragged. It’s interesting to think back to those copies of Children’s Digest which came in the mail every month. My parents seemed to always have a magazine or two for me and for a while there was even a regular book subscription:  I believe it was something like the “All About …” series and I distinctly remember giving a book report at school telling all about the magic of television (but we didn’t have one then, if I recall).

Later on in life I began to associate Reader’s Digest and Children’s Digest with the antiseptic smelling clinic I visited three times a week to get my allergy shots. To this day I cannot see, touch, or smell a copy of Reader’s Digest without feeling ill and although Children’s Digest is no more, I suspect I would have a similar reaction. There is a further recollection I have about Children’s Digest:  it might have been one of the first instances I experienced of corporate takeover when it was gobbled up by the power hungry Jack and Jill magazine.

I mentioned Babar and between reading it for myself and reading for my daughter, it might actually be the book I read the most. But the question concerns the book I might consider a favorite. Like most parents, I read the same silly book to get my daughter to sleep night after night and I suspect if I found a new copy of Babar on my desk today I would immediately toss it into the lagoon for the alligators to enjoy. Sometimes too much is a surfeit.

While I’m at it, I suppose I should mention the adult-type book I read the most. Yes, it is Ulysses and I’ve already discussed Joyce’s novel (the best novel ever written) and won’t want to repeat myself too much. I do want to make one observation:  I have read a number of excellent novels that I would consider nearly perfect but inevitably they are short and focused. Ulysses contains passages that are also close to perfect, many many such passages. You might say that Ulysses is a whole shelf full of near perfect novels all in one volume. Read it often! 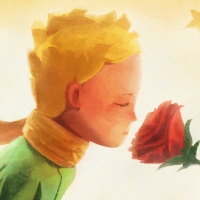 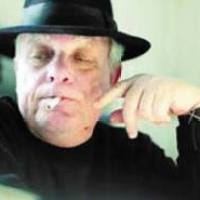 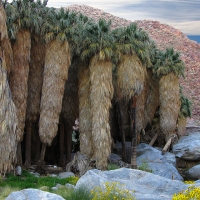