The story is that Maurice Girodias, whose father had been a publisher of books, stole much of the staff of Merlin, a literary review, and convinced them to write dirty books for Girodias’s new publishing house, Olympia Press. This was 1953; Girodias’s father, Jack Kahanek, had earlier published such esteemed authors as James Joyce, Lawrence Durrell, Henry Miller and Anais Nin in the 1930s. It was natural, then, for the son to also be involved in publishing dangerous books. Under the Traveller’s Companion imprint Girodias cleverly sold his little dirty books to tourists and gained a world-wide distribution without hardly leaving home.

Olympia Press and Maurice Girodias often fell under the scrutiny of the authorities who frowned on the publishing of smut. To counteract the obvious pornography they also published more important literature, although it was usually avant-garde and not exactly Mary Poppins. Some of the works Olympia Press published include Terry Southern’s Candy, William S. Burroughs Naked Lunch, J. P. Donleavy’s The Ginger Man and other works by Georges Bataille, Samuel Becket, Raymond Queneau, Jean Genet: they even published the first edition of Lolita.

Olympia Press moved from Paris to New York City in the sixties and closed its doors in 1973. Today there is a resurrected Olympia Press but I am not aware of its offerings.

I remember reading the Grove Press publication of The Olympia Reader back in the sixties. I was a young English major and starving for literature that broke barriers and raised eyebrows. So much of the curriculum in college was dull and boring (I successfully avoided American Literature, Victorian Literature, and found the 17th century almost as much fun as modern, contemporary literature). My apartment was in West Los Angeles off Wilshire, not too far from Santa Monica Boulevard. There was a wonderful bookstore in the area called Papa Bach and in the back of the store they stocked the exciting publications from Olympia, Grove, Evergreen, and a lot of forgettable imprints that were dirty books if not out-and-out pornography.

Even after I moved to the east coast, Papa Bach was still my favorite bookstore (of course now the big-box stores like Barnes and Noble have forced the fun independents out of business but at least you can still get those dirty books through the internet). 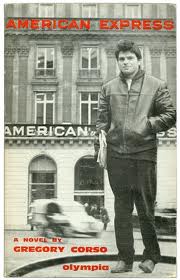 I have often spoken of how these publishing houses saved my life through the years, keeping me interested and involved in literature on the edge and perhaps a tad more dangerous than your average novel on the front rounder at Barnes and Noble. I was surprised, then, when I discovered an Olympia Press title online that I could load onto my iPad for a breezy afternoon’s reading. I believe it is from the more recent New Travellers series titled Rosemary’s Jungle Torture by Martin Hughes. Two things about this book:  first, I did not select it because it reminded my of my ex-wife, and second, it wasn’t one of those avant-garde books but rather some wonderfully quaint pornography reminiscent of the 1950s. Only references to video tapes and such remind the reader that this is a newer text.

I’m not going to give away the plot of Rosemary’s Jungle Torture but it involves voluptuous women (and impressive men) being kidnapped to work as sex-slaves in a secret Nazi sex resort deep in the South American jungle. There is some evidence in the text that this is a part of a series since the main female character refers to her learning her skills when she was in the Hareem. Anyway, if you can control your giggles over the metaphoric sex of the fifties, this novel and others like it are fun and entertaining and will never overwork your gray cells:  think of them as the early ’50s equivalent of the letters to Penthouse which became popular 20 or 30 years later and even today remain a source of humor in many stupid movies.

One thought on “Liquid Honey Pot and Alabaster Orbs”

Rules For Being a Girl — Candace Bushnell and Katie Cotugno 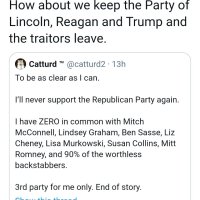