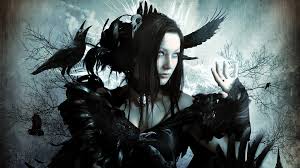 I do believe I have not read any of the selections for the Third Quarter at Experimental Fiction. There is quite a lot of new stuff being published but let’s not forget the more classic example of writing fiction outside the box.

For those of you who are unfamiliar with the Experimental Fiction group that is embedded in ACOR, it started several years ago on Yahoo and was moderately successful in bringing the more transgressive elements of fiction to further stir the little gray cells of a genuinely demented membership. When I moved ACOR over to WordPress (a great site) I dropped all of my Yahoo reading groups but kept the Experimental group going as a part of ACOR. XFX is under the menu marked Active if you want to explore.

The story is based on Céline’s escape from France to Denmark after the invasion of Normandy. The first book of a trilogy features Céline’s experiences in exile with the Vichy French government at Sigmaringen, Germany, towards the end of World War II. Castle To Castle is followed by North and Rigadoon.

As a part of the Hainish Cycle of Science Fiction novels, The Left Hand of Darkness is identified as a “thought experiment” to explore society without men or women, where individuals share the biological and emotional makeup of both sexes. Le Guin also stresses that works of fiction reflect oft unseen truths, in this case man’s androgynous nature.

Set in the 1960s, the book follows the travels of a youngman across the country while working as a hustler. The movel focuses chapters on locations that the boy visits and certain personages he meets there, from New York City, to Los Angeles, San Francisco and New Orleans. Throughout the novel, the unnamed narrator has trysts with various peculiar characters, including another hustler, an older man, an S&M enthusiast and a bed-ridden old man. All of these relationships range in the extent of their emotional and sexual nature, as well as in their peculiarity.

The story arose from Lyga’s youthful exploration of plotting and characterization he found in comic books. Lyga acknowledges that Fanboy and Goth Girl is autobiographical in that “a lot of what Fanboy describes is [what] I went through … the book has autobiographical elements, but it also has a lot of wish fulfillment.” Lyga says that “the entire book just popped into my head all at once.” Touching upon the book’s violent subject matter, Lyga says,”I didn’t want to shy away from the violent fantasies. We’re living in the post-Columbine world.”